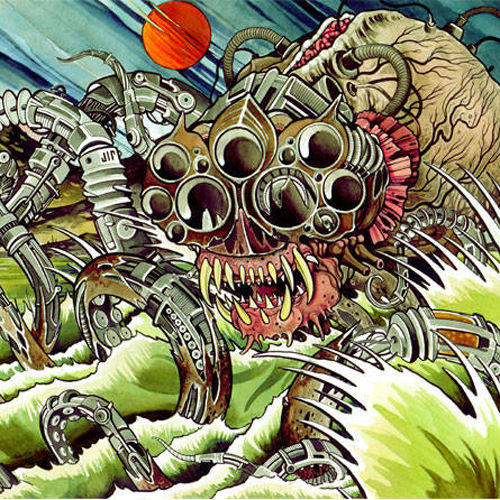 Where, oh where, to begin with Behold the Arctopus. Let me first state that BTA are not going to appeal to a great many metalheads. The music on Horrorscension is complex and challenging in a way that goes beyond tech death or even the other bands (Krallice, Dysrhythmia, Gorguts) Warr guitarist Colin Marston is involved in. There’s heavy avant-jazz, progressive and classical influence present, but it’s tempered with an almost punk rock level of chaos. This is a trio of men who are EXTREMELY technically proficient, but are not interested in wowing you with endless masturbatory instrumental acrobatics. Behold the Arctopus have more in common with saxophone anarchist John Zorn than Yngwie Malmsteen. It should be noted that Horrorscension is heavier than previous Behold the Arctopus albums. This, I think, is a good thing. BTA are never going to have widespread marketability, but this new record should appeal to music theory geeks and adventurous headbangers alike. If you’ve heard these guys before, you’re going to like this new album. If you haven’t, you should seriously consider broadening your horizons and giving this album a listen.