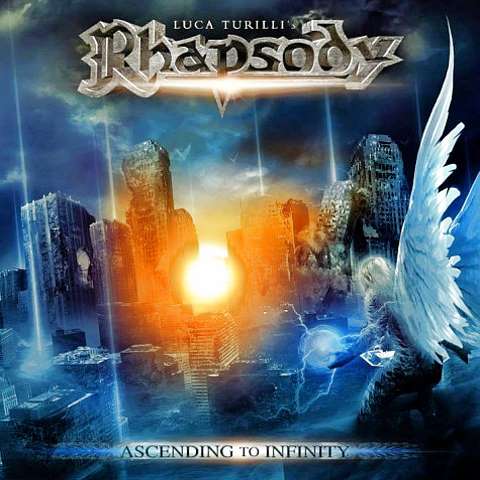 There was a point in time when Rhapsody were at the top of the power metal heap. The five album Emerald Sword Saga is a masterpiece of symphonic power metal. But, oh how the mighty have fallen. Ascending To Infinity is a mess to say the least. The album opener is a bizarre hodgepodge of Middle Eastern music, techno, Latin chanting, and ridiculous narration. From there, the listener is treated to fifty minutes of epically pretentious mediocrity.

There’s really no point in addressing the songs individually as they all sound the same. The entire album is a twisted wreck of musical cliches: Classically influenced guitar shredding mingles with Latin chanting; symphonic and futurist keyboard parts exist within the same song; medieval instruments give way to cheesy 60’s sounding Italian pop. And the narration. Oh god, the narration. It’s so bad it makes Christopher Lee’s appearance on Symphony of Enchanted Lands vol. II seem dignified. Imagine the most stereotypical narrator of action movie trailers saying crap like, “Take an amazing journey through a world of wonders. To a place that will blow your mind and move your heart…so you will never be the same again.”

Maybe this was to be expected, though. Without his longtime bandmates around to rein him in, Turilli is free to indulge his most perverse desires…like ending an album with a 16 minute epic about Lucifer’s fall from Heaven. Now that LUCA TURILLI’S RHAPSODY/RHAPSODY OF FIRE are essentially power metal’s BEACH BOYS, it’s probably safe to write both bands off completely. RHAPSODY OF FIRE hasn’t released a solid album in a decade and, if Ascending To Infinity is any indicator, Luca Turilli has lost his creative marbles. At least we’ll always have “Dargor, Shadowlord of the Black Mountain”.

Previous Post: Album Review: THE GREAT OLD ONES Al Azif
Next Post: ERMAHGURD! PIG DESTROYER HAVE A NEW SONG OUT!!!