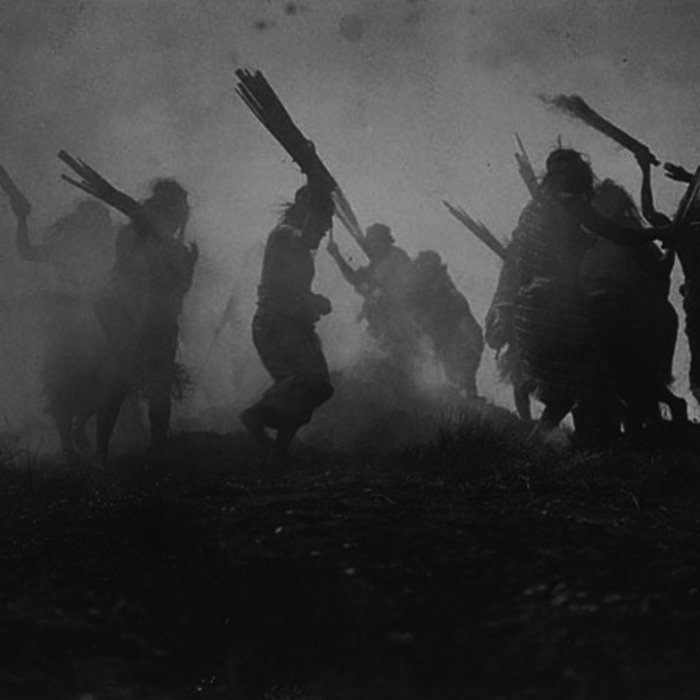 My love for Bandcamp.com cannot be overstated. It’s an excellent music discovery tool and money from purchases made through the site go directly to artists. I love it so much that I frequently find myself impulsively wishlisting and buying albums that I don’t wind up listening to for months. Such was the case with Ad Infinitum’s 2014 album Woven Within. I bought the album around the time it came out in February of last year, but it sat neglected in my collection for months while I listened to an endless stream of crappy promos from forgettable bands.

I finally gave the album a chance this Summer when I was staying with my sister and her family in Nevada and helping move my dad into hospice care. I was looking for something to listen to one night and Woven Within immediately grabbed me with its bleak tone. Apparently waves of hypnotic black metal make a suitable soundtrack to watching your father die from un-treatable brain cancer. I listened to the album twice in a row tat night and haven’t really stopped listening in since then. It’s hard to tell if I like the album so much because it’s inextricably linked to such an emotional time, but I suspect I would still enjoy it just as much if I could approach it dispassionately. According to Ad Infinitum’s Facebook page, there’s new music coming soon. Hopefully, it will be this year because I’m anxious to hear what this one-man project has in store next.