It’s been a good year for heavy music. There were an overwhelming amount of amazing releases in 2012, and I was fortunate enough to have access to many of them when I began writing for Hails and Horns magazine. Unfortunately, since I don’t get paid, I can’t dedicate a huge amount of time to actively listening to the mountains of releases available to me. And at least 60-70% of what I do get to hear and write about is mediocre to bad. But this list, presented in no particular order because these albums could all easily be #1, represents the best of what I heard this year. There are some conspicuous absences, but if any of you want to start paying me to do this, I’ll gladly go back and listen to the 50+ albums I never got around to and revise this list. But you won’t because you’re all a bunch of freeloaders. So, without further ado, here are my picks for Heavy Albums From 2012 That Are Awesome and You Suck If You Don’t Like.

CATTLE DECAPITATION, everyone’s favorite human loathing/animal loving enviro-death grinders, are back with what is easily their best record. 2009’s The Harvest Floor represented a leap forward for the band and Monolith of Inhumanity is an even greater progression away from their deathgrind roots. Monolith contains all the brutal furiosity fans love with the addition of new elements like semi-clean singing and the crushingly slow and menacing dirge of a song called “The Monolith”. And let’s not forget, the band’s video for “Forced Gender Reassignment” is probably the sickest, most putridly depraved yet cathartic music video that’s ever been vomited into the world.

You can read my review here to see why VATTNET VISKAR made my list. Buy their EP now so you have bragging rights once they blow up. And they will blow up.

No God but the Wild 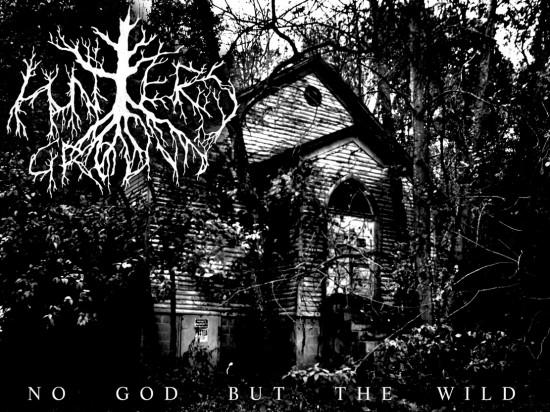 Raw, feral black metal from the woods of Appalachia. Check out my review of the album for Hails and Horns. And then check out HUNTER’S GROUND’S Bandcamp page to listen and buy their album.

The Threnody of Triumph Man, I love this album. Melancholic black metal from Britain. This is another review that Hails and Horns published and I’m glad I got the chance to write it because I may not have discovered this gem otherwise. Here’s a link to my article.

THE GREAT OLD ONES

I love post-metal and H.P. Lovecraft. This was a no-brainer. Check out the review I wrote a few months ago and grab the album from THE GREAT OLD ONES’ Bandcamp page.

It’s a new album from PIG DESTROYER, of course it’s going to make my list! What can I say about Book Burner? It sounds like PIG DESTROYER – albeit much more savage, chaotic and complex than they’ve ever been in the past. Below is their entire set from the Metal Sucks/Metal Injection CMJ showcase. I was there. It was nuts.

Dragged From Our Restless Trance

Because I’m a pretentious snob, I tend to gravitate to music that’s pretentious and snobby. Or hipstery. Or eccentric and boundary-pushing. Whatever – you know what I mean. But sometimes I like to kick back and listen to something raw and basic. Richmond, Virginia’s BASTARD SAPLING work in the vein of raw old school black metal but they mix it up enough to keep their sound fresh. Fans of DRUDKH and IMMORTAL will find plenty to like on Dragged From Our Restless Trance. But don’t write these guys off as a run-of-the-mill trve kvlt clone. This LP, the band’s first, is undeniably vicious and primitive, but in a way that still manages to be compelling decades after 2nd wave black metal’s heyday has come and gone. Below is my favorite song from this 4 track LP and here is a link to buy the (insanely sweet looking) album on vinyl.

If BASTARD SAPLING represents USBM that’s rooted in True Norwegian Black Metal™, ASH BORER are surely at the forefront of the genre, helping to expand the limits of what black metal is. Cold of Ages is a recognizably USBM album in the vein of WEAKLING, AGALLOCH and WOLVES IN THE THRONE ROOM, but you’ll never mistake ASH BORER for any other band. Throughout it’s sprawling 60 minute run time, the album vacillates effortlessly between droning guitars and keys, ambient black metal and crushing doom metal. This is epic, hypnotic stuff. The album is long and, with only 4 tracks, it’s best experienced in one uninterrupted sitting, but these guys demand your attention. They deserve it too.

The Lord of Steel 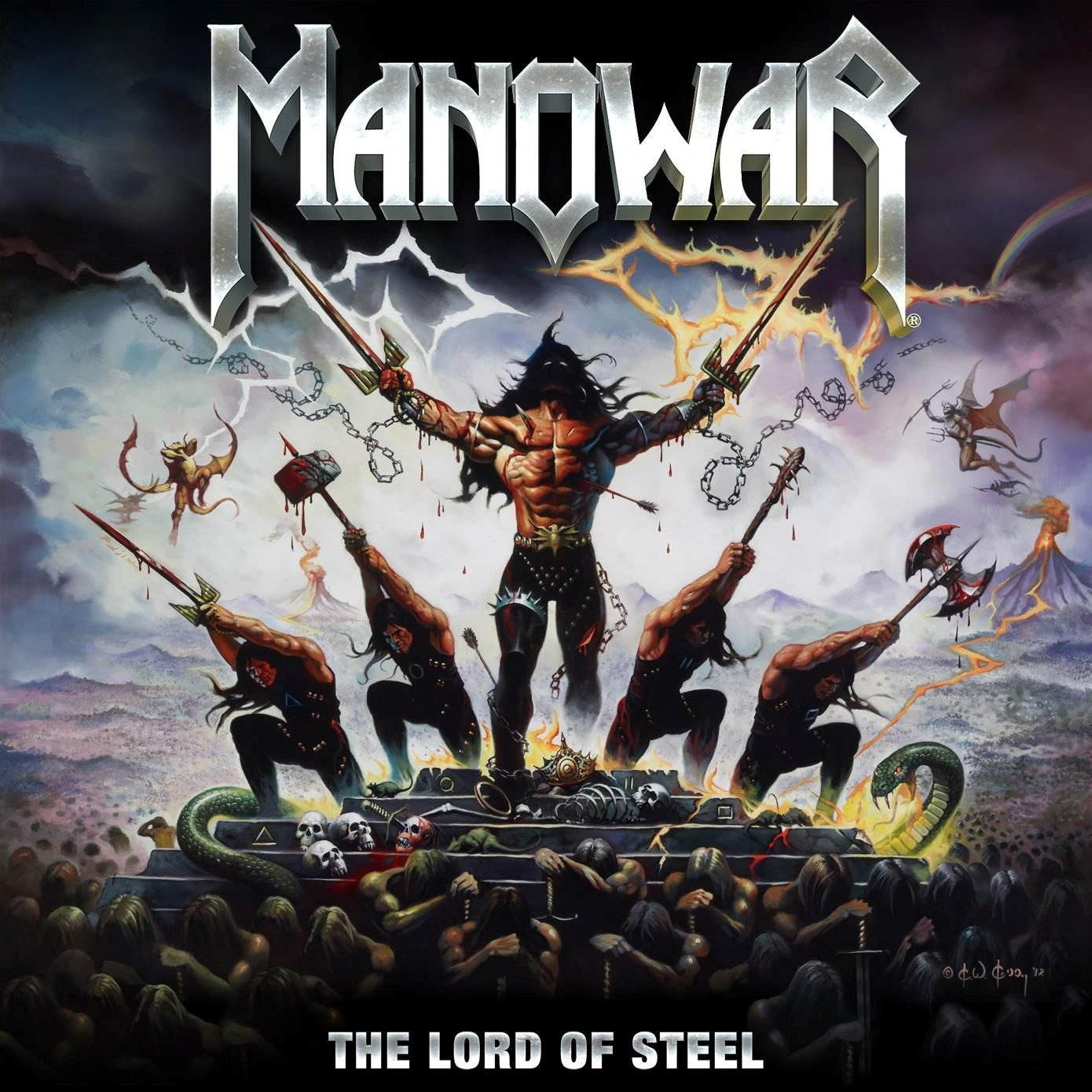 Much like PIG DESTROYER, a new album from MANOWAR is definitely going to find a spot on this list! There will be a full review coming ASAP, but for now dig this:

Sorrow and Extinction has shown up on every Best of 2012 metal list I’ve seen, and for good reason. There are plenty of reviews floating around the internet so I won’t bother adding another one. But, suffice to say, this is one of the best death/doom/psychedelic albums ever.

Into the Lair of the Sun God

There’s nothing particularly original or groundbreaking about DAWNBRINGER, but, just as with the band’s 2010 LP Nucleus, I found myself constantly revisiting Into the Lair of the Sun God throughout 2012. Every track on the album is loaded with catchy hooks, and songs chug along at a steady pace that doesn’t allow the listener to get bored. Musically, DAWNBRINGER sounds like VENOM and IRON MAIDEN spawned a band fronted by Lemmy. I can’t think of a reason any metalhead, or fan of rock music in general, shouldn’t love DAWNBRINGER, but, for whatever reason, these guys aren’t getting the recognition the deserve.

I know I said this list wasn’t in any particular order, but if there’s one album I would encourage (or force) everyone to listen to it’s PANOPTICON’S Kentucky. Superficially, a black metal band from Kentucky that mixes bluegrass, environmentalism, and pro-labor politics sounds like a potential disaster. When you think about it though, it makes a lot of sense. In Europe, black metal musicians have routinely mixed politics, traditional folk music, and environmental issues for years without raising any eyebrows. But, as far as I know, this is the first attempt at integrating traditional American bluegrass with black metal and it may strike some fans as weird, but this is a great, groundbreaking album. Bluegrass has always had a desolate, lonely feel to it and it mixes perfectly with the rawness of black metal. Combine this with a strong political and environmental message and you get an album that’s truly original musically as well as lyrically. I hope Austin Lunn and others continue to pursue this musical style because this is fertile creative ground.

INDESINENCE – Vessels of Light and Decay