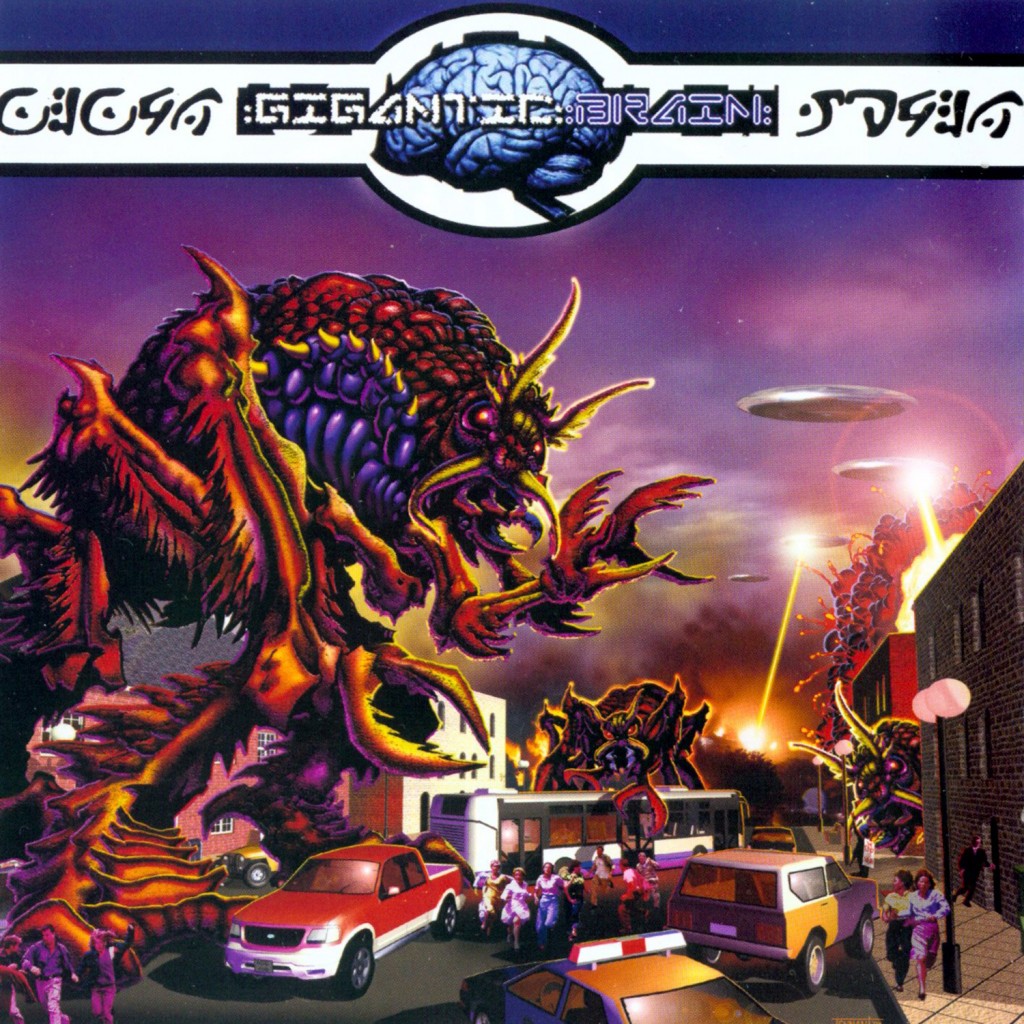 There was a point in the 2000s when it seemed like the cybergrind microgenre might get a foothold in the larger extreme music scene. Relapse Records, one of the biggest metal labels in the world, had been releasing Agoraphobic Nosebleed records for years, they released the Drum Machine Gun compilation, and signed New York’s Genghis Tron in 2008. Alas, it was not to be as Genghis Tron went on indefinite hiatus not long after they released their Relapse debut Board Up the House, and Agoraphobic Nosebleed have drastically scaled back their musical output in recent years. These days, the cybergrind community is mostly populated by no-talent 15-year-olds who think Boobs Poop is a witty name for a band.

In a perfect world (or my idea of a perfect world), cybergrind would have gained a wider audience and some of the style’s better releases, like Gigantic Brain’s 2004 album The Invasion Discography, would have been discovered by more than a handful of people. Originally released by Razorback Records, The Invasion Discography is a sprawling masterpiece of unhinged grindcore. It’s so utterly bizarre that it makes Agoraphobic Nosebleed sound conservative in comparison. Gigantic Brain would go on to release several more albums (all of which are available as pay-what-you-want downloads via the Grindcore Karaoke Bandcamp page), but this is the best of the lot. Don’t take my word for it, though. Fire this album up and prepare to have your brain liquified!

Previous Post: Put This MESARTHIM Album In Your Ears
Next Post: Full Metal Hipster #33 – All Is Dust and I am Chatting with Josh from SLAVES BC